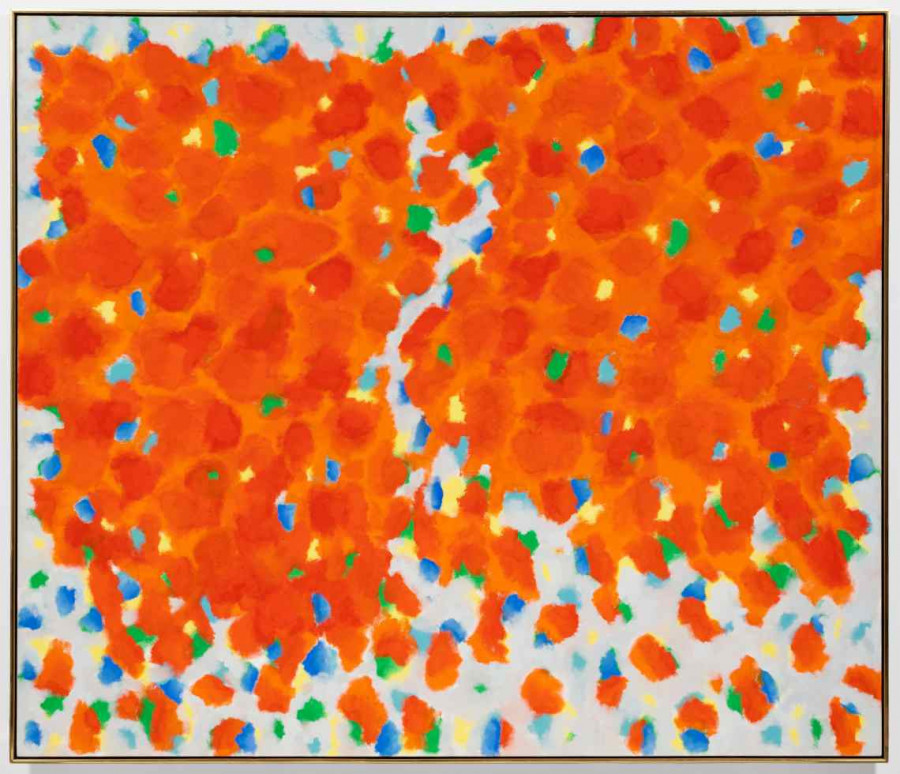 Reprieve and Reprise: A Second Chance to see the AGN’s 60th

My first look at the Art Gallery of Northumberland’s permanent collection came in 2017. New to the director’s post, I arrived during the hanging of 150 @ AGN Works from the Collection, an exhibition that marked the sesquicentennial of Canadian Confederation, tracing the path of Canadian art history from the nineteenth century to the present day. The works that graced the gallery walls were, I was to discover, only a small sampling of the treasures that had accumulated over nearly six decades. Throughout its history, donors and artists have generously shared and gifted their works to the AGN, allowing the gallery to amass an inspiring collection. Occasionally, the AGN purchased works through an acquisition fund or through granting opportunities. Exploring the vault in those early weeks, I found a diverse cross section of media and subject matter with strong representation of well-known Canadian artists. Today, the permanent collection features works of local, regional, national, and international significance, predominantly by Canadian artists.

The AGN has been a collecting institution almost since the beginning. First known as the Cobourg Art Gallery, it was established on 15 June 1960, under the aegis of the Cobourg Public Library. At the time, it was one of only ten public art galleries in Ontario, and its home was a small space in the back of the town library on King Street, a building that is now Tugg’s Furniture. Traces of that early gallery can still be seen on the brick of the east wall.

The new gallery’s first exhibition was a series of reproductions of Sienese School paintings—late-gothic works created in the Italian city of Siena, not far from Florence, from the thirteenth through fifteenth centuries. The exhibition was a success, and the gallery began to feature exhibitions from the Royal Ontario Museum Travelling Exhibits Program. Gradually at first, it also began to build its own collection. One of its first purchases, in 1961, was Boats by Finnish artist Paavo Airola, at the time a Cobourg resident and art teacher. When the library moved to Chapel Street in 1963, the gallery moved with it, expanding its collection to fifteen works. Early acquisitions included pieces by Jean-Paul Riopelle, F.M. Bell-Smith, Jean Arp, and John Singer Sargent.

A number of significant bequests followed during the decade that greatly expanded the scope and depth of the collection. In 1970, the gallery was one of the beneficiaries of the Douglas M. Duncan Bequest, receiving twenty significant works by important Canadian artists including David Milne, L.L. Fitzgerald, L.A. Panton, Carl Schaefer, and others. In 1973, the gift of the Mary and Roman Schneider Ceramics Collection launched a craft collection that now includes ceramics, glass, wood, and textiles. The Margaret and Henry Marsh Collection of Eskimo Art and Arctic Artifacts, gathered over forty years of travel in the Arctic and Yukon, gifted in 1976 brought sculptures by Inuit artists working in narwhal, walrus, and mastodon ivory.

Moving to its current location on the third floor of the west wing in historic Victoria Hall in 1977, provided the gallery with 2,300 square feet of exhibition space, an art storage vault, and environmental controls. The AGN began a regular exhibition program that reflected the region as well as the nature of its collection and services to the local community. Its new capacity to house a growing collection allowed the gallery to continue its acquisition program through purchases, donations, and bequests. In 1993 the AGN received The Horner Bequest, which consisted of two parts: the Harvey Collection, works inherited by Dr. Charlotte Horner from her grandfather Arthur Harvey, added considerable strength to the AGN’s late nineteenth-century collection with works by artists Robert Harris, Lucius O’Brien, and Frederick Arthur Verner. The second part of the bequest included work by important contemporary artists K.M. Graham, Peter Kolisnyk, and David Blackwood and expanded the AGN’s regional representation. This year, 2020, brings a welcomed infusion of works by contemporary artists through the gift of the Ronnie Kaplansky Collection. With thirty-nine Canadian artists represented, including such notables as Doris McCarthy, John Hartman, Tony Urquhart, and Charles Meanwell, this new collection deepens our ability to offer exhibitions and learning opportunities that resonate with Northumberland County’s present as well as its past.

From its earliest days, the AGN has pursued diversity in its collecting, maintaining its identity as a small public gallery offering a rich and thoughtful look at the visual arts. As we celebrate 60 years in 2020, we are honouring this milestone with 60 Years: An Anniversary, an exhibition and catalogue featuring unseen treasures, familiar classics, and timeless favourites from the collection. Emerging from the vault, nineteenth-century portraits find their place alongside works on paper by modernist masters like Jean Arp and Alexander Calder. A glowing Yves Gaucher greets visitors once again, as do J.E.H. Macdonald’s High Park nocturn and David Partridge’s beloved Traverses.  Cobourg and Northumberland County continue to balance a rich cultural past with artists who create new and exciting interpretations of the visual bounty of the county, and we are thrilled to be able to showcase some of these works. Our collection now exceeds 1,000 works of art, its breadth encompassing old and new, local and international artists, and works that capture the shared history of the gallery, the town of Cobourg, and all of Northumberland County.

Last summer, two years after my first foray into the vault, I conducted a full audit of the collection and was struck by how it linked a sense of history to the urgency and immediacy of the modern. The AGN’s permanent collection continues to expand its holdings, collecting the past to serve the needs of the present and inherit the future. The exhibition provides us with an opportunity to pause, reflect, and contemplate works of art that continue to inspire.

Get Grapevine Magazine delivered by mail!